We have over 100 churches in Honduras, mostly in the northern part of the country around San Pedro Sula and La Ceiba (the nation’s second- and third-largest cities). La Ceiba has been the conference headquarters throughout its history. Honduras Conference, for many years, has been a pacesetter in the denomination in starting new churches.

In January 2010, Honduras Conference hosted the first international General Conference to be held outside of North America. The General Conference drew United Brethren leaders from 9 of the 10 national conferences, plus representatives from several mission districts.

Honduras Conference was instrumental in sending ministers to start Nicaragua Conference in the 1960s. They also provide oversight of the El Salvador mission district, which consists of about 6 churches. 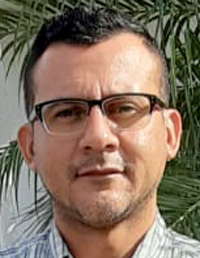 Rev. Neptaly Ponce was elected superintendent of Honduras Conference in 2018.

Honduras is about the size of Ohio. About half of the 8 million people are Catholic. Perhaps a third (and growing) are evangelical Christians.

The Story of Honduras Conference

In 1929, Rev. James Elliott left his native Belize to pastor several English-speaking churches for the English Methodist Church on the north coast of Honduras. A year later, the Methodists abandoned their work in that country, but Elliott remained to pastor those now-independent congregations.

During the next 15 years, he searched for a group willing to assume supervision of his churches. Finally, in 1944, he came in contact with the United Brethren in Christ denomination, which took a great interest in starting something in Honduras. Beginning in 1947, North American workers–Don and Leora Ackerman, Betty Brown, and others–were sent to teach in Elliott’s school in La Ceiba and to help in the churches.

The work took a major turn in 1952, after Archie and Maisie Cameron and their family arrived in Honduras. Cameron, along with Honduran co-worker Eudaldo Mejia, focused major attention on the largely unevangelized Spanish population. When Elliott’s three English-speaking churches (against Elliot’s wishes) severed their relationship with the United Brethren church in 1953, the Camerons stayed and focused entirely on the Spanish-speaking population.

The first Spanish church was organized in 1953, and Honduras Conference was officially organized in 1956. Over the next 20 years, Cameron helped start numerous churches in villages throughout northern Honduras. Teams from the first Spanish-speaking church in Honduras, Bethel UB in La Ceiba, regularly traveled to remote villages to conduct open-air services and plant the seeds for churches. The work expanded into the southern part of the country, and the large Bethel School (now 4,000 students strong) was established in La Ceiba.

Archie Cameron retired as field director in 1985. Since 1990, the conference has been under national supervision.

In January 2009, Rev. Juanita Chavez was elected bishop of Honduras National Conference–the first woman elected to the highest office of any United Brethren national conference. She served in that role for eight years. In 2017, Rev. Gonzalo Alas, who had been overseeing the churches in El Salvador, was elected bishop.

The History of Honduras

Until the ninth century, the Mayan empire had a major presence in the Copan region of western Honduras, near the Guatemalan border. But by the time the Spanish arrived, the once-great city of Copan was covered in jungle.

In 1502, Christopher Columbus stepped ashore at Trujillo on the north coast of Honduras. Noting the deep water offshore, he named the land “Honduras,” meaning “depths.”

The Spanish founded settlements along the coast, and beginning in the 1520s ruled most of Central America from their base in Guatemala. Hernando Cortes, having conquered the Aztecs in Mexico, came to Honduras for two years in 1524. He founded what is now called Puerto Cortes, and controlled much of Honduras, Guatemala, and El Salvador. The Spanish imposed Catholicism on the Indians, who then mixed Catholic beliefs with their own pagan beliefs and rituals.

Mexico gained its independence from Spain in 1810, and within 15 years, Spain had been ejected from much of Central and South America. Honduras achieved independence virtually without bloodshed in 1821. They were aligned with other countries until 1838, when they went solo as a country.

In 1963, a military coup unseated the elected president. A series of military governments ruled Honduras until 1981, when democracy returned and a new president was elected.

Today, Honduras is a representative democracy whose political structure resembles the United States in many ways.

The World Bank lists Honduras as the third-poorest country in the Western Hemisphere, after Haiti and Nicaragua. About 60% of the people live below the poverty line.