Nicole Stonall–or “Nichie,” as she is known–serves in Johannesburg, South Africa, with Impact Africa. She directs the organization’s Baby Rescue Center, an important part of the holistic ministry to youth and families in the area.

The center gives mothers in desperate situations an alternative for their unwanted children, a place to leave their children rather dumping them in a garbage bin or leaving them in a field. Nichie is part of a team ministering to the physical and spiritual needs of 300,000 people who live in the squatter camps near her.

Nichie is from the McCallum United Brethren church in Delton, Mich. She began participating in short-term mission trips in 1994. Sixteen years later, in 2010, she led a two-week mission trip to South Africa. It was her first visit to that country.

“It was then that God began to change my heart and life,” she says. “After returning to the States, I couldn’t get South Africa off of my heart or out of my mind. I would often wake up from dreams filled with the faces of children I had met in Africa, and would be reminded of the stories of heartache and brokenness I had heard. This only broke my heart more for the people of South Africa, and increased my deep yearning to return.”

She returned to South Africa in 2011, spending two months as a volunteer. During that time, she answered the call to a life of fulltime missions. “I didn’t know what it would look like, but I was willing and listening for the voice and direction of the Lord in my life.” She returned to South Africa again in the summer of 2012. “Late that summer, the Lord made it clear where he wanted me.”

In 2013, Nichie began discussions with UB Global, resulting in her being accepted as a sojourn staff. These persons raise support and are employees of UB Global, but are assigned to a partner agency–in this case, Impact Africa. UB Global pays Nichie’s salary, health insurance, pension, and all other benefits. Impact Africa directs her ministry while she’s on the field. A common description would be to say Nichie is “seconded” to Impact Africa.

Johannesburg, the largest city in South Africa, has a population of over seven million in the greater metropolitan area. While serving there, Nichie met Chris Stonall, a graphic designer who is a native of South Africa. They were married in 2018, and are expecting their first child, a girl, very soon. In July 2021 the three hope to attend the US National Conference, meet old and new friends, and complete their support team. 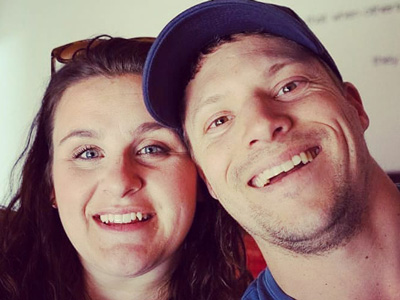 
If you want to skip the credit card fees, click here to find out how to do just that.